Like hockey, lacrosse is a game where the stick is the primary piece of equipment. Its not only used to move the ball up and down the field to get to the goal, but also to defend against the other team from doing just that. In regulation play, two and one-handed stick checks are allowed, as are closed handed stick-on-body checks. That means anyone in possession of the ball is prone to hacking and slashing from midfielders’ and defenders’ sticks. They are aiming to hit your stick or glove to knock the ball lose, but more often than not it’s parts of the body that take the brunt of the attacks. For that reason, lacrosse arm pads are an important part of the player’s equipment. As the arms are the limbs that hold the stick, they are most likely to get hit by checks from opposing players’ sticks. Arm guards protect the elbow and surrounding areas with elbow-capped padding and form-fitting sleeves that don’t restrict the player’s mobility or ability to throw, catch, and shoot. 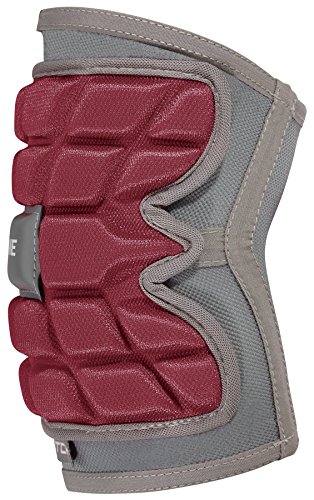 The Brine LoPro Superlight Defense Arm Guards are one of the more unique looking on the market, but that doesn’t take away from the level of performance they provide. The LoPro Superlights are designed with defenders in mind, though players in all positions will appreciate their padding, to protect against the onslaught of slashes when taking fast breaks across the midfield line. The pads are two-piece, compression molded with ABS caps that weigh in at a mere 5.4-ounces, nearly 30% lighter than most pads on the market. Contoured mesh sleeves on the inside of the arm guards provide a firm fit and help reduce slippage and ride-ups. The lightweight, full protection offered by the Brine SuperLight Defense Arm Guards make them among the best on the market for high-level players that demand the most out of a pad. 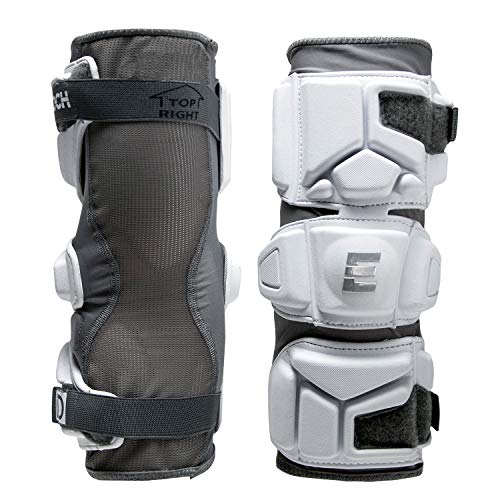 With a fully ergonomic fit and feel, the Epoch Arm Pads are comfortable and tough, providing protection for players in all positions at any level. The feature Epoch’s unique Griptone padding on the elbow and forearm areas to lock the padding into the perfect form-fit for any sized arm. Griptone also prevents the pad from slipping down the arm and exposing vulnerable areas to attack. Epoch’s Play Dry technology helps wick away internal moisture from sweat, giving the pad increased breathability, which in turn improves its ability to move. The 5K is only available in one color scheme with a white sleeve and black elbow cap, highlighted with neon green logos and laces. 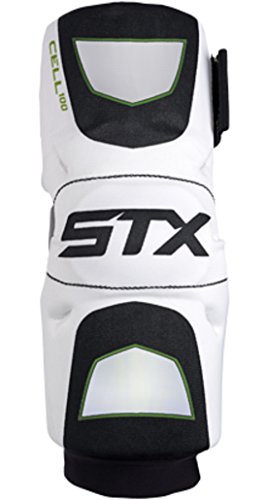 Hailed as the next generation of high-def padding, the STX Assault Arm guards provide STX’s renowned reputation for the best lacrosse equipment on the market in one fully protected pad. The Assault’s feature a high-definition polymer that provides the pads with a unique, lightweight protection.The polymer also helps to resist soaking from rain and perspiration. The breathable sleeve on the pads covers most of the arm around the elbow area without restricting mobility. Inside the pad, silicone nubs help prevent the nuisance of having the pads slip down or ride up. The Assault’s are available in four uniform-matching colors: red, royal, white, and navy.