Do you wonder what goes on at your house when you are away? Would you like to know what your babysitters do with your children or be able to keep an eye on housekeeper? Do you worry that employees are not doing their jobs when you are absent? The following spy and hidden cameras allow you to see everything that goes on in your home or office.Have the security of knowing what is going on in your home or office with these hidden security cameras. We have selected the best cameras on the market that meet the balance of affordability and functions that are most important to users.

Most Popular Spy and Hidden Camera 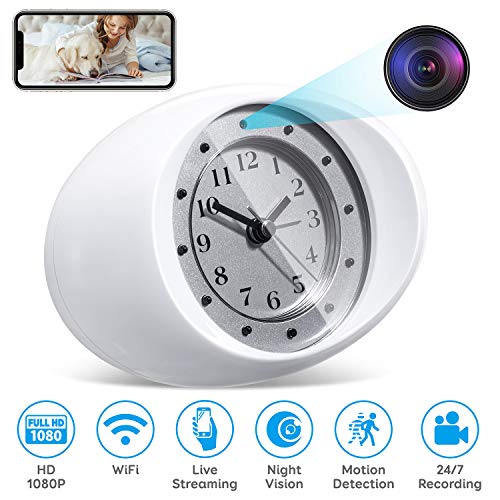 The Omples Digital Video Security—Hidden Master System Camera will allow you to watch what matters most to you without anyone knowing. The Omples Digital Security System has 400 MHz DSP processing power. This spy and hidden camera has Windows Media Video 9 Image Encoding with motion detecting up to 16 zones. The Omples Digital Video Security—Hidden Master System Camera has auto brightness image processing allowing your picture to be clear. The selectable pixel is 1080p pixels resolution. This spy and hidden camera will fit in your home or office décor going undetected. The spy camera is a fully functional digital clock that can be installed within 15 minutes. This device comes with easy to use command center software and you can receive email and cell phone alerts that you customize. No network is required for the operation of this camera. 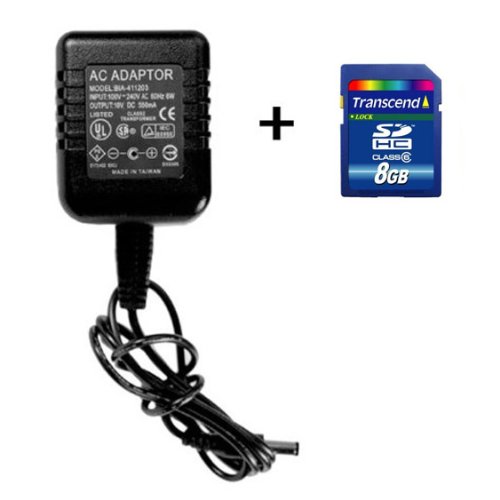 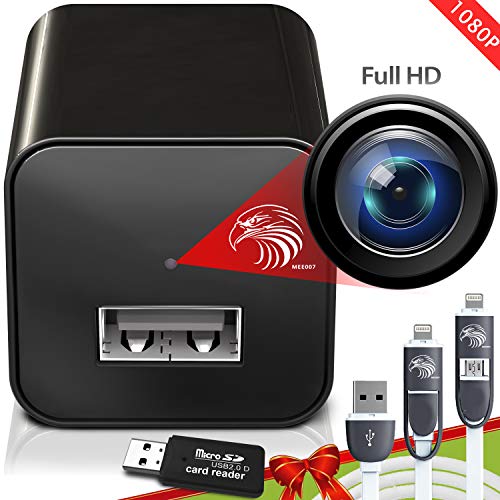 The Spy Camera USB Hidden Camera Wall Charger with Built-in Color Pinhole Surveillance Camera Hidden in a Motion Sensor is a great way to keep an eye on your home. This spy and hidden camera is a wire free monitoring system that will allow you to record 1080P HD video, the video and pictures will be very clear. You will be able to record for 23 days with the included Support micro SD card up to 32GB. The Spy Camera USB Hidden Camera Wall Charger has a motion activation capability when motion is detected, the alarm will be triggered, instant message will be sent to your smart phone automatically. Compatible Computer Systems: Windows and Phone Devices: IOS and Android smart phones. When you hear the word ‘spy camera’, you might instantly think of James Bond movies and the way cameras were inconspicuously found inside pens or ties. The term still applies to those kinds of cameras, but in today’s day and age, more people mention ‘spy cameras’ when they’re talking about hidden surveillance cameras that capture video. Think of nanny cams and other secret ways to record photos or videos. The goal is to keep watch over a specific area or target with a camera that isn’t immediately obvious or visible to the naked eye.

Why Get A Spy and Hidden Camera For Home Security?

Homeowners are now more open to the idea of using video surveillance in addition to their ordinary home security plan. Of course, spy cameras by themselves aren’t the only things you need to keep out unwanted persons. The days where solid doors and triple locks were considered the only things you needed to feel safe are long gone. Aside from updating the locks on your solid doors and windows, you can now install door and window sensors plus an alarm system that can be turned on using a remote or a control panel on the wall. If you have the money to spare, you can even secure your home with the help of a remote security monitoring company. But if you already have all that security, you might be asking yourself why you need spy cameras as well.

A reason why tiny and unnoticeable cameras are important is because it’s a way to protect against theft from home visitors that you’re not familiar with, like nannies or repairmen. If you’re interested in knowing if the person who’s taking care of your children isn’t abusing them or if a care provider is taking adequate care for an elderly relative, then purchasing a spy and hidden camera makes sense.

Having more peace of mind is never a bad thing as well. There’s always the chance that a burglar might make it past the home security system you set up. When that happens, it will mean the world to you that you have a hidden camera that gets triggered as soon as it senses motion inside your house. Many burglars won’t look for hidden cameras once they safely get past the security system, so add this extra layer of security. The New Technology of Spy Cameras

There have been great improvements to the technology of hidden cameras over the past decade. With each year that passes, we get smaller and more creatively hidden spy cameras while seeing the accuracy and resolution of their footage increase. Today, you can purchase a spy camera that can be tucked inside virtually any household object you can think of. Of course, it’s best to choose an object that has a power cord, like a clock radio or another appliance, so it can use the device’s existing power.

This is one way you can keep the camera operational every hour of the day without any interruption. It also makes it easier to move the hidden camera to different places without having to drill it into the wall and running the power through there. These new cameras are also replacing ‘nanny cams’ that are typically placed inside teddy bears or other stuffed animals. These stuffed animals tend to be battery operated so recharging can become a chore. The places where you can keep these stuffed animals are also limited.

Over the past years, the cost of purchasing spy cameras has dropped significantly. There was once a time where only wealthy homeowners or big businesses could afford hidden video surveillance but now it’s easily afforded by just about everyone. So don’t think twice before getting this essential piece of home security. After all, aren’t your peace of mind and the safety of you and your family more important than most other purchases you can get for the same amount of money?

Top Two Picks for A Spy and Hidden Camera If you want to be able to keep a steady on the things that go on in your home, you’ll want to take a look at the motion-activated hidden camera called the Self-Recording Spy DVR-PRO. It’s in the shape of an AC adapter so it’s very unobtrusive. It records as soon as it detects motion and it’s completely plug and play. This unit comes with an 8GB SD Card that records in 720×480 resolution, but it’s expandable to a 16GB SD Card. It also records at 30 frames per second. You don’t need to buy any batteries because it’s fully powered by your AC outlet. A benefit to this model is that it’s one of the easiest cameras to operate that’s currently on the market right now. The only thing you need to do is to plug it in your wall and then it will start recording high-resolution video as soon as it detects motion in the room. This product is a “Hidden Master System Camera” that lets homeowners watch over what happens in their home without anyone else knowing. The Logitech WiLife Digital Video Security system boasts a high 400MHz DSP processing power. This spy camera detects motion for up to 16 zones and it also comes with Windows Media Video 9 Image Encoding. This system also has settings that cover automatic brightness processing for your images, which allows every shot to be clearer than that of other cameras. You can choose your video capture’s resolution to be in either 320 x 240 pixels or 640 x 480 pixels resolution. Choosing the smaller resolution will mean you get to record more, but picking the larger resolution will offer clearer pictures. The best feature of this hidden camera is that it can blend well into any home or office while going virtually undetected. This is because it comes in the form of a digital clock that’s fully functional as well. In as quick as 15 minutes, you can have it installed and operational. You can receive notifications through email or mobile and no network is needed for the camera to work.